CENTRO STUDI LUIGI DALLAPICCOLA
Sign up with your email address to be the first to know about new products, VIP offers, blog features & more. 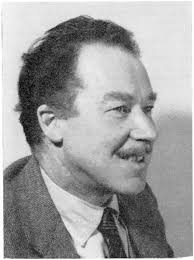 Reginald Smith-Brindle was a British composer and writer. Smith Brindle was born in Cuerdon, Lancashire. He began learning the piano at the age of six, and later took up the clarinet, saxophone and guitar (and won a Melody Maker prize for his guitar-playing). Under pressure from his parents, he began to study architecture. At the time, he was interested in jazz, and played saxophone professionally for a while alongside his studies. On attending an organ recital at Chester Cathedral in 1937, however, he was inspired to take up both the organ and composition. He spent most of the war serving in Africa and Italy as a sapper. It was during this period that he rekindled his interest in the guitar, an instrument for which he wrote an enormous amount of music.

After the war, Smith Brindle returned to composition. He submitted a Fantasia Passacaglia (1946) for an Italian composition competition, and won first prize. From 1946 to 1949 he studied music at the University College of North Wales in Bangor. He went to Italy in 1949 to continue his studies. There his teachers included Ildebrando Pizzetti and Luigi Dallapiccola for composition and Fernando Germani for organ.

His compositional activity comprised three main phases: tonal until 1951; serial/”dodecaphonic” until c1970; and finally a freer third phase where many compositions were for his own instruments, guitar and organ.

His one chamber opera, The Death of Antigone, was premiered at Oxford in 1971. Smith Brindle taught from 1957 to 1970 at the University College of North Wales  in Bangor, and from 1970 to 1981 at the University of Surrey. During his time at Surrey, he founded the prestigious Tonmeister course in Music and Sound Recording. He continued to compose until 1998, being involved with the Chameleon group of composers in 1990s Croydon. He was an expert on the music of 20th-century Italian composers such as Luigi Dallapiccola, Ildebrando Pizzetti and Bruno Bartolozzi (he studied with all three). He also wrote the technical book Serial Composition (1966). He played many instruments, but was particularly fond of the guitar, organ and saxophone. Smith Brindle’s papers are preserved in the Oviatt Library Special Collections and Archives at California State University, Northridge.